What Dao Heck? A Very Basic Primer to the Dao

According to the Classic of the Dao, ‘The Dao that can be spoken is not the eternal Dao’, which makes an effort to describe it a bit pointless.  Buuuut, I’m going to do my best to shed at least a little bit of light on one particularly popular and fundamental part of Daoism that you might see crop up again and again in various Chinese Xianxia novels that you read (and also a good amount of Japanese stuff…and in fact the South Korean flag as well…)!  This stuff can be hard to translate and get all the flavor right, so maybe this will help a little bit!  Been writing this for a while, just finished it up at the airport.

From one comes two – From the Supreme (Taiji) comes the Duality (Liangyi) of Yin and Yang.

From two comes four – From the Duality (Liangyi) comes the Four Phases (Sixiang).

And the four are expressed through the eight – The Four Phases (Sixiang) are expressed by the Eight Trigrams (Bagua), and when the Bagua are combined with each other, they form 64 hexagrams that represent everything in the world.

This simple sequence has broad ramifications, and these terms, in one form or another, have surely cropped up time and time again in Xianxia novels that you’ve been reading.  Let me give a brief explanation that might help you understand and appreciate some things more.

From zero comes one – From the chaos and nothingness of infinity, Wuji (literally ‘no limit’), the ultimate perfection arose, also known as the ‘Taiji’ (the ‘supreme limit’).  The so-called ‘yin-yang symbol’ you might have seen in many manga, anime, and Xianxia is actually a ‘Taiji Diagram’ as per below. 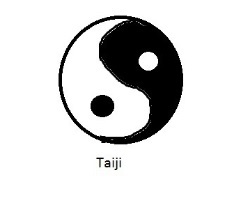 From one comes two – The Taiji and the world is divided into two opposing and contrasting, yet complementary forces; Yin and Yang.  The interplay between these two forces is called Liangyi (Duality).  Yang is the masculine force; it is strong, warm, forceful, active, bright, creative.  Yin is the feminine force; it is yielding, cool, passive, and dark.  Yang, taken to an extreme, can be brutal, overbearing, blinding, tyrannical, and incinerating.  Yin, taken to an extreme, can be insidious, deceitful, manipulative, baffling, and enervating.  Neither Yin nor Yang are necessarily ‘good’ or ‘evil’, and in traditional Chinese medicine and in martial arts (real life and fictional), finding a balance between Yin and Yang is important.  That being said, ghosts are viewed as being Yin-aligned, and so comparatively speaking, there is a bit of a prejudice against Yin which is sometimes amplified in Xianxia novels as well. 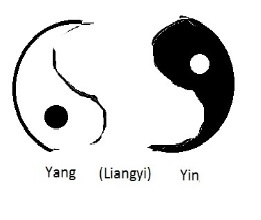 From two comes four – This comes from the idea that there is Yin and Yang in almost all things; although some things might be heavily aligned towards Yin or Yang, generally speaking, there is a bit of both.  Cold water might be considered mostly Yin-aligned, but when a tidal wave comes crashing down towards you, you’ll see the forceful Yang-ness of it.  An utterly brutal, dominating tyrant, who represents the worst excesses of Yang, might still have a soft spot for his wife or his daughter, and is yielding and accommodating to them.  The Sixiang (Four Phases) are thus the greater yang (taiyang), greater yin (taiyin), the lesser yang (shaoyang), and the lesser yin (shaoyin).  The four seasons can be represented by the Four Phases, as can the four directions, and thus the four legendary beasts (Azure Dragon, White Tiger, Vermillion Bird, Black Turtle).

The four are expressed through the eight – One of the most popular ways in which these four phases/phenomena are viewed as being manifested into the world is through the Bagua, the ‘Eight Trigrams’.  It is believed that mastery of the Bagua can allow extremely accurate fortune-telling.  Each trigram consists of three horizontal lines on top of each other, with an unbroken line representing ‘Yang’ and a broken line representing ‘Yin.’

The Bagua consists (of course) of a total of eight trigrams known as Qian, Dui, Li, Zhen, Xun, Kan, Gen, and Kun.  By far the most commonly seen trigrams are ‘Qian’ and ‘Kun’, usually together, because ‘Qian’ means ‘Heaven’ and ‘Kun’ means earth; thus the term Qiankun means everything in the heavens and the earth (ie the cosmos itself).  Qiankun is sort of like the alpha and omega.  Anyhow, the 64 combinations possible for the hexagrams (six horizontal lines stacked atop each other) (Qian and Qian, Qian and Dui, etc.) supposedly are capable of representing everything in the entire universe.  The other trigrams/hexagrams aren’t seen that often, but Qian, Kun, and Qiankun will come up aaaaaaall the time!

For any Naruto fans, the Hyuuga clan’s Eight Trigrams, Sixty Four Palms stems from this!

So there you have it!  An extremely basic, rudimentary primer to what Dao heck the Dao is all about.  Hope it helps you enjoy your readings a bit more!  See below for a quick visual aid to what we just talked about! 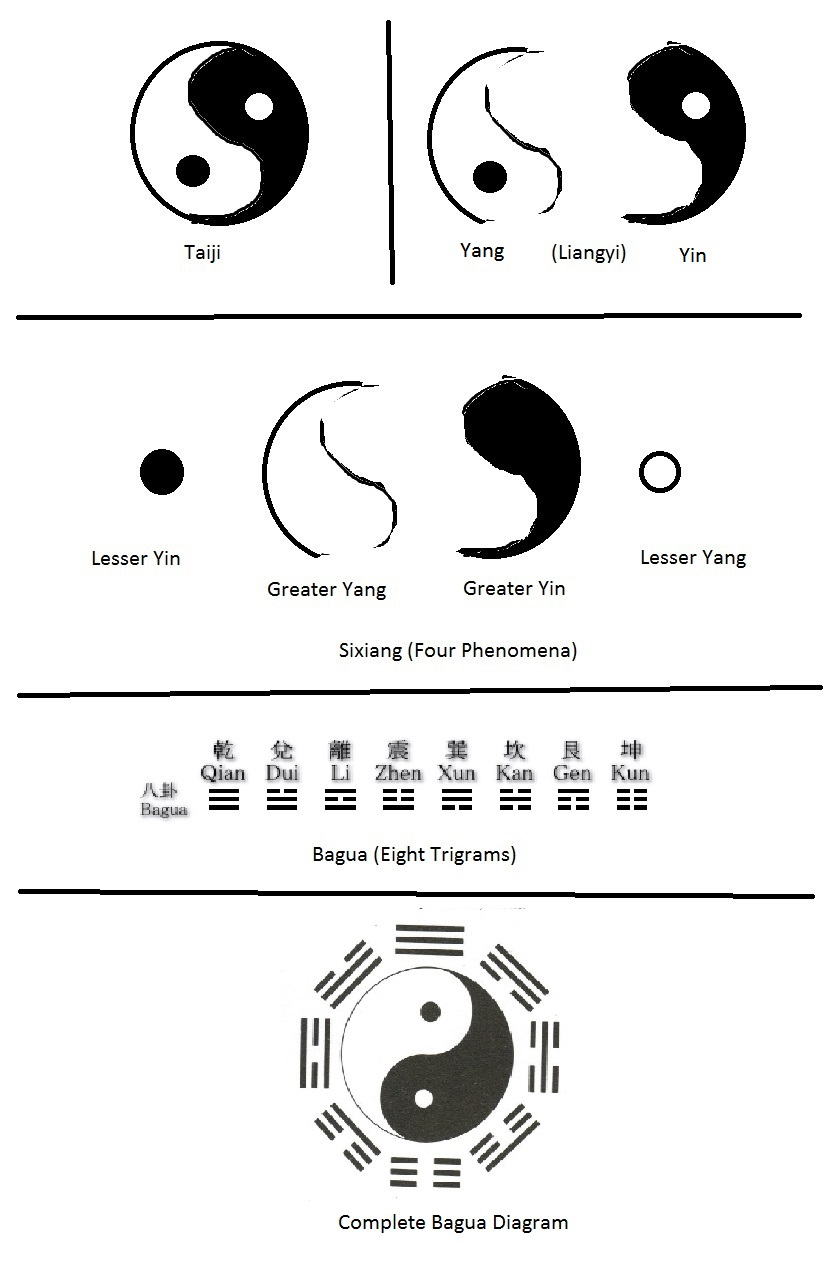