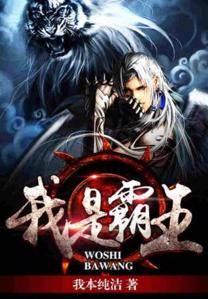 Having suffered humiliation in his youth, he will move forward with exceptional martial talent, inheriting the mantle of the Overlord.

He will ride the king of demonic beasts, break through all obstacles, and seize back his family estate.

He will ascend to the pinnacle of martial cultivation and overturn the order of the heavens!

Translator's synopsis:
Xiang Shaoyun is the young master of an influential and powerful sect and is blessed with an extreme latent talent in martial cultivation. From talent comes confidence, and from confidence comes a declaration to give all the so-called geniuses a head start of ten years before catching up to them.

Ten years later, Xiang Shaoyun appears at a tiny sect of a tiny town. Betrayed and disgraced by his own sect, he is penniless and powerless, his cultivation level lower than his peers’ due to the ten-year vow. Now to reclaim the glory he once had, he must climb to the top from the very bottom.

Witness and join Xiang Shaoyun’s adventure in his rise to glory.